Nathan Hauke in Response to Michelle Detorie
There is a second upload below of the entire submission that includes a zoom feature if you'd like a closer look at Nathan's work.

I responded to Michelle’s poem “Feral Poppies” by doing layered (white-out) erasures of the description for the Poppy Family (Papaveraceae) offered in the National Audubon Society Field Guide to Wildflowers: Eastern Region (672-675). I was walking around, trying to carry the opening line of “Feral Poppies” around in my head like a chant, hearing the low hum of “Deep with justice. Deep with help”x2 before the light (echoing) musical refrain of “[a] bloomlet let go.” I started (mis)hearing “Deep with justice” and, lo and behold, when I started to white-out letters at the top of 672, independent of Michelle’s text, it became “Deep in justice.” I erased two sets (672-675x2) of “Deep in justice. Deep with help,” moving letter by letter, stammering (and sometimes hiccupping) until the letter I was waiting for arrived; I did another set (672-675) that reads, “A bloomlet go,” concluding with a double set (672-675x2) of “wind is just the wind,” choosing to drop the stammer in favor of simplicity and clarity (as Michelle’s poem attempts to see through imaginative projects: “The little absent human in me wants to cry out in fear, but the bigger/ Meaty self knows the wind is is just the wind. The world is just the world”).

​*Note: Starting at the top of 672, still technically the Wood Sorrel Family, and continuing into the beginning of Audubon’s account of the Passionflower Family on 675 was an attempt to play with the idea of range and ferality as was my decision to work with whiteout, an incredibly temperamental medium, given to the wildness of hap, inconsistency, and spillage. 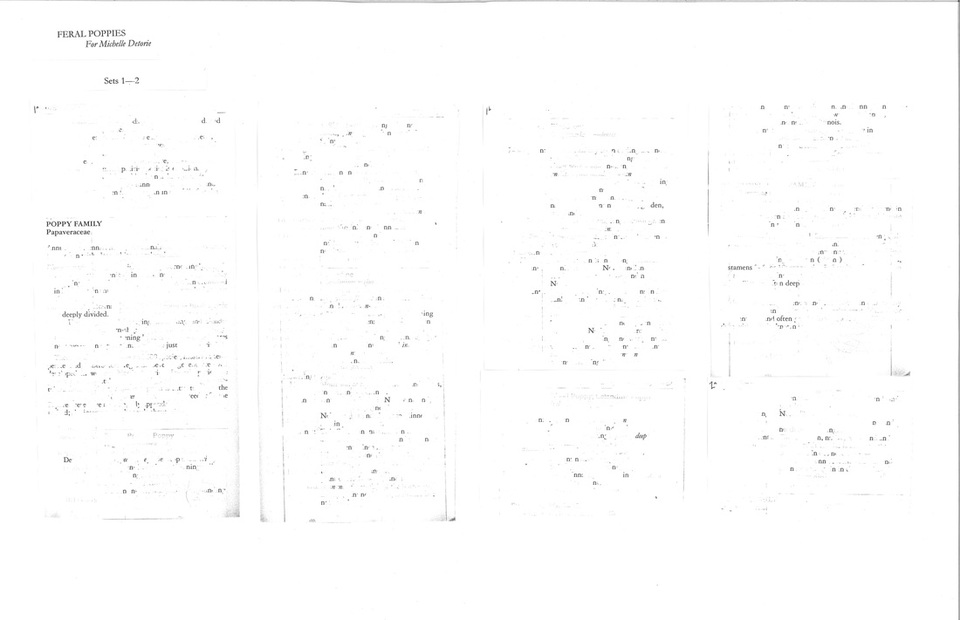 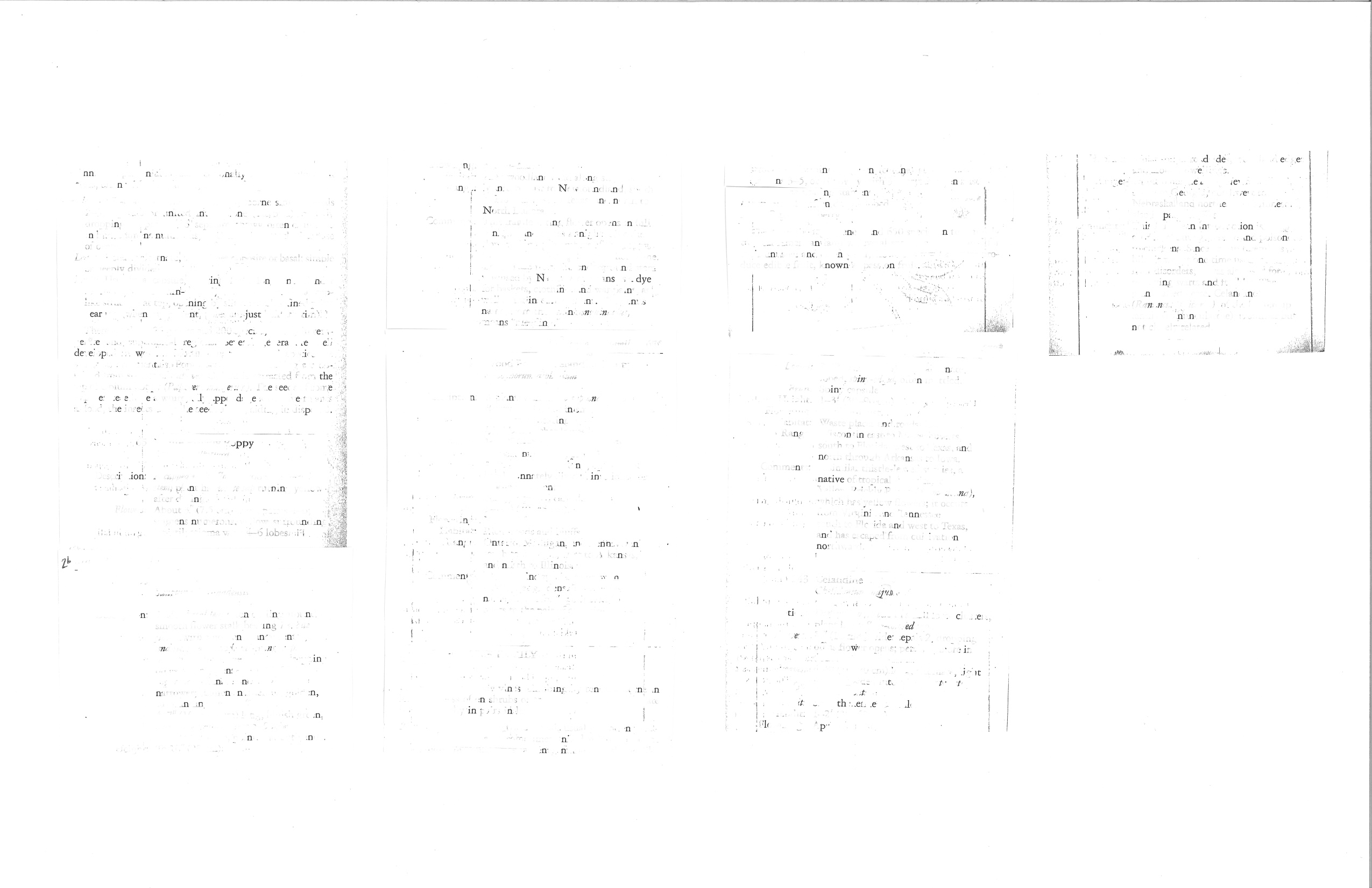 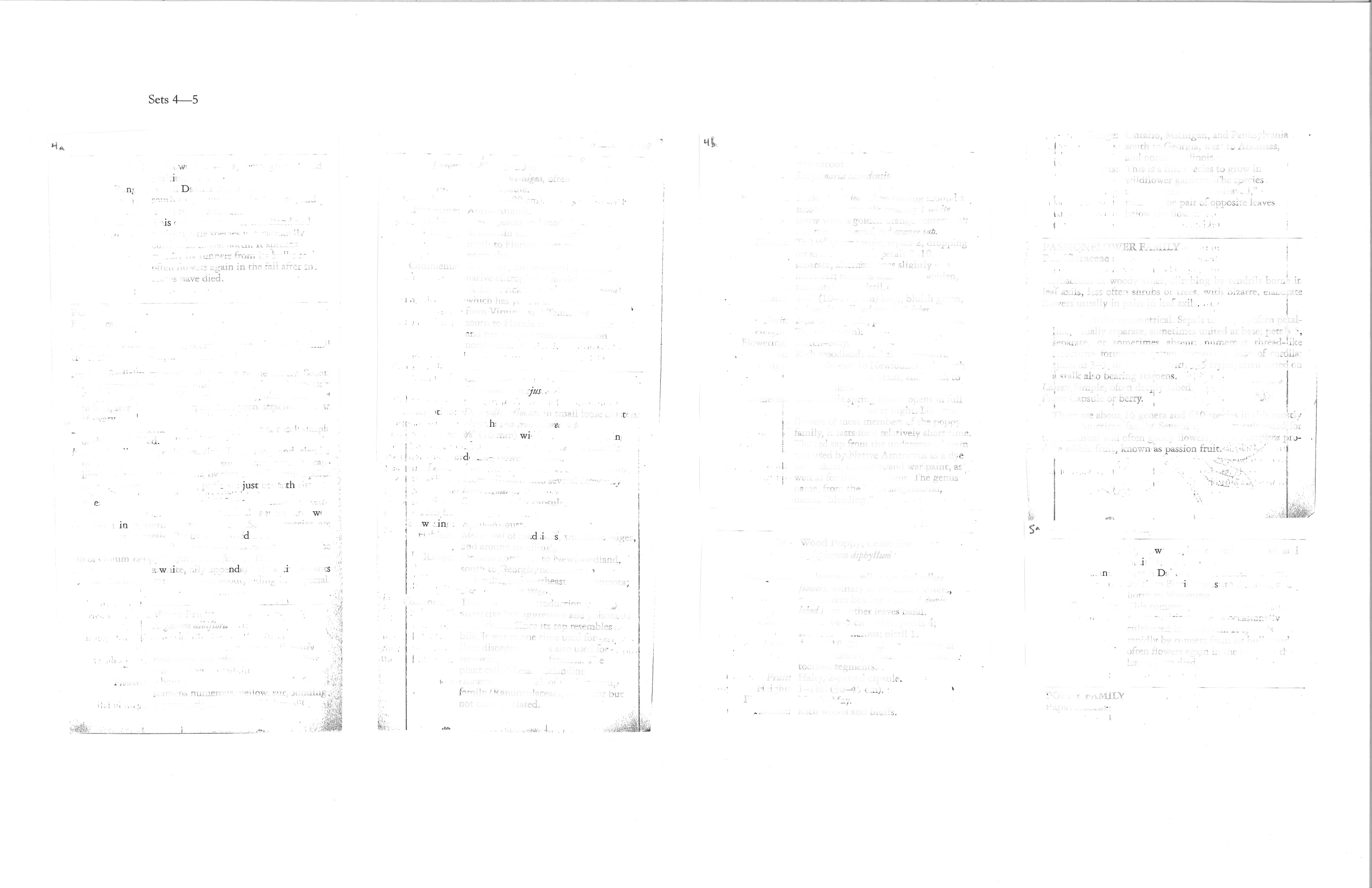 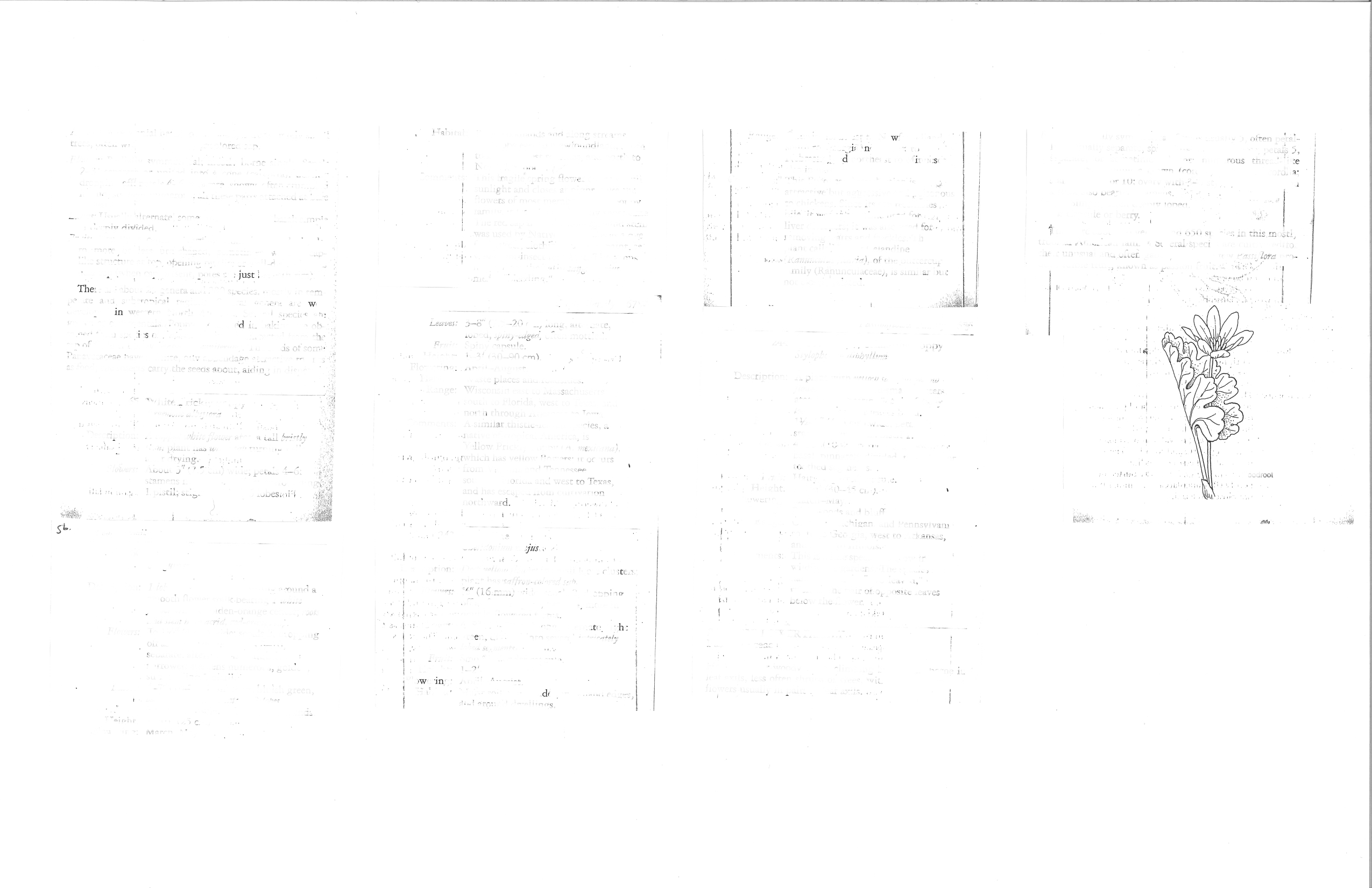 If you'd like a closer look, you can scroll through as well as use the zoom feature below.

​Nathan Hauke is the author of Every Living One (Horse Less Press, 2015), In the Marble of Your Animal Eyes (Publication Studio, 2013), and five chapbooks, including most recently Tinder is a Hatchet Job (forthcoming from LRL Textile Series). His poems have been anthologized in Hick Poetics (Lost Roads Press, 2015) and The Arcadia Project: North American Postmodern Pastoral (Ahsahta Press, 2012).